On the Cover: Jungle City Studios 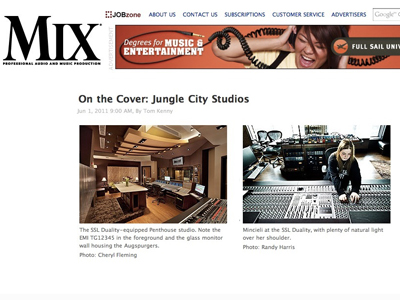 We’re taught from a very young age that hard work pays off, that if we practice, put in the hours and hone a skill, we will find success. Parents tell us this almost before we can talk, then teachers, Little League coaches, instructors of private music lessons. Then later we hear it from college professors, who tell us that with good grades we will get a good job, if we do the work and do it well, we will be rewarded.

Well, sometimes our parents are right, and nowhere is that more evident than on this month’s cover, Jungle City Studios, opened in January of this year on West 27th Street in New York City’s up-and-coming High Line district. It’s owned and operated by engineer Ann Mincieli, who for more than 20 years has been a fixture in the local recording community,assisting all around town, 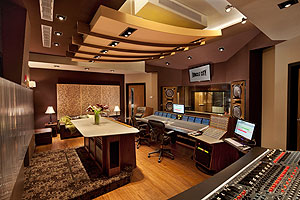 engineering big records and earning the respect of her peers across the country. She learned how to take apart an SSL and made modifications on a 9000 J Series when Quad got the first three. She has taken guitar lessons from Carlos Alomar and can deconstruct a fretboard. About a dozen years ago, she began working with Alicia Keys and was instrumental in building out The Oven Studios, where she became enamored of the design process. So she took up physics and acoustics. She’s wanted her own place for a while, and now she has a real jewel.

“This is Annie’s moment,” says John Storyk, principal designer on the project and the head of Walters-Storyk Design Group. “She’s been doing this for 20 years and has world-class clients. She is a consummate professional, and she surrounds herself with real pros. Everywhere you turn, in every aspect of the studio, she has gone the full distance. To borrow a phrase from Buckminster Fuller, this studio is ‘the bare maximum.’ The studio is exactly what’s required—architecturally, acoustically, electrically and creature comfort-wise—for her marketplace. No more, no less. But always just a little bit more.” 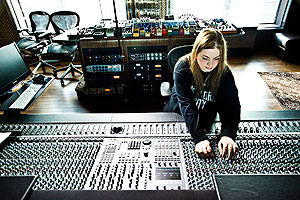 “I really wanted to do something incredible for New York,” Mincieli says. “I am from here, I do most of my work here, but I felt like New York had fallen a few notches over the past couple of years. This is where the music industry lives and breathes. This is the center of art and culture. I wanted to give the city a shot in the arm and remind everyone that, ‘Hey, there is still a music community, there are still artists based out of here.’ I believe Troy Germano and his family are a major reason there is a recording community in New York. They pushed us to be better. They were the example and they raised the bar. We want to raise it back up. The work is still there, and I’m getting incredible gigs.”

Since January, Keys has been in, Beyonce and Kelly Clarkson, too. Bono stopped by to take a look and by all accounts loved it. A band flew in from Japan, indicating that New York can become a destination again. It’s a studio with the style and service of what Mincieli calls a seven-star hotel, from the Louis Vitton fabric on the monitor wall in the Euphonix room, to the 2,400 square feet of rooftop space with panoramic views of Manhattan, to real silverware and table service. “I want it to be a Record Plant of the East Coast,” Mincieli says. “You give the artists the service, and it pays off.”

WELCOME TO THE JUNGLE 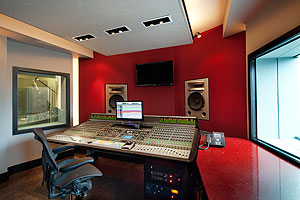 Mincieli has plenty of A-list engineering credits, but it’s her association with Keys, and the build-out of her The Oven Studios in Long Island in 2005, that led to Jungle City. It was the laboratory, the incubator for the design process, Storyk says. Building The Oven taught Mincieli that she, as an engineer, could bring a real perspective to the design as a whole, and not just the sound.

She knew from the beginning that she wanted multiple rooms and a north-south facing layout, with plenty of light. She looked at upward of 50 spaces during the course of two years before signing off on 520 West 27th. It’s a new building in a hot area of Manhattan, with galleries moving in, new restaurants and a luxury hotel set to open right next door. She has the top two floors, 10 and 11, and while the space is not huge, it can fit a full band and it feels much bigger thanks to the floor-to-ceiling windows. Still, at the 11th hour, it almost didn’t happen.

“We had one serious structural issue,” Storyk recalls. “Upon initial investigation, it appeared that the floors couldn’t handle the load required for isolated room construction. Fortunately, WSDG was able to re-engineer the pre-cast concrete planks between the floors, and then completely move a building stack that would have been right in the middle of the control room glass. Once we passed those hurdles, we were able to dig right into the design process.”

The Penthouse Studio, pictured on this month’s cover, is really a study in glass and working with energy. Thirty percent of the studio is glass, with views from the Empire State Building to the East and the Hudson River to the West. The monitor wall looking forward is all-glass, and the back wall of the control room has windows fronted by QRD custom plexiglas diffusors.

“I’m an architect first, so naturally I love glass,” Storyk says. “Annie and I wanted to optimize all the spectacular views, and we viewed glass as an asset, not a liability. Although glass always reflects sound, it doesn’t have to disturb sound. Given the geometry of the room, it was obvious that the east floor-to-ceiling studio wall would do the heavy lifting for the acoustical treatments [see cover image].It looks like a pretty wall with LED lighting, but that wall is a sophisticated acoustical reflector/absorber with RPG microperf panels. Once we had that, we could work with the glass wall, which had to be thick and non-resonating. If you think about it, every designer has to make non-vibrating glass for the control room window, so I just made 10 of them! If you look closely at the detail, they are essentially 12-foot-high control room windows with mullions between them.

“So now we have angled glass to one side, the east wall absorption, wood floors—this is a hip-hop studio at times, so where is the low-frequency energy going to go?” he continues. “Well, there’s only one surface left. Look up. All those little angled features that look decorative? They’re all tuned membrane absorbers, every one slightly different. We needed that room to work for a vocalist, a pianist, trumpet or sax. So it has to have some soul to it, some guts, some reverb. Our experience at Oven dictated that it couldn’t be a dead, dry room. Anybody who has been around high-ceilinged rooms that are reverberant but still need separation will tell you that the trick is not high-frequency absorption. The trick is to get the low-frequency reverb time to roll off. All the great rooms, going back to RCA Studios, have the low-frequency reverb time rolling off. A creative software program aided us in developing the optimum ceiling solution.”

All the best designers steal from themselves. Knowing that Mincieli wanted an open feel, he proposed a glass monitor wall between the Duality-equipped control room and the studio, something he had implemented in two studios previously and perfected at Jungle City. It appears the dual-15 Augspurger mains are floating, not in a box.

“There are a few tricks to get it right,” Storyk explains, without giving away his secrets. “First, you have to get the glass thickness correct. Then you have to figure out how to get power and wires in. And third—and this is what seems so obvious that it eluded me—the glass plane, the flush plane to the speakers, has absolutely nothing to do with the isolation. That’s the trick. And it works.”

While the 11th-floor Penthouse is garnering the lion’s share of attention, having been featured in the New York Times and Vanity Fair, the 10th-floor studios, North and South, are crucial to the way Mincieli makes records and plans to evolve her business. Each is outfitted with Augspurger mains and 18-inch Aura subwoofers, tuned by Dirk Noy of WSDG, along with Mincieli, Dave Kutch and Tony Maserati. Each has Pro Tools and can be tied into the Penthouse or any of the common areas for recording. Each has Lavry converters and Antelope clocking. There is balanced, three-phase power throughout. Not a cable shows.

“I wanted the rooms to have a lot of depth,” Mincieli says. “In the main room, I have an SSL Duality with a vintage EMI TG12345 console. In the North room, I have a 32-input ICON so you feel like you’re on a console, with a Chandler EMI summing mixer and every plug-in you can think of. Then I have the Euphonix [Fusion S5] room, which I bought at the perfect time, when Avid and Euphonix were merging. The work they did to develop the console from a HUI standpoint, with EuCon control, it was just perfect timing. It’s a very versatile desk. The files are 40-bit floating point. It’s a 96-input desk with the best EQs and compressors. And it can be a glorified controller or a real console. It’s a dope desk. I want to get post work, I want 5.1 work. I want everything.”

The level of detail and care that went into every decision, from the fabrics and décor selected in collaboration with WSDG co-principal/interior designer Beth Walters; to the inestimable contributions of WSDG project manager Joshua Morris and contractor Chris Harmaty of Audio Structures; to the equipment choices and workflow all reflect the retro-futuristic vibe Mincieli hopes to impart. It’s a little bit ’50s, a little bit ’70s, a little bit 2020. You get the feeling that she’s just getting started.

“Oh, definitely, this is just the beginning,” Mincieli says. “We’re going to maximize the Jungle brand. We’ll build one more room, and you’ll see a lot of the music community brought back through Jungle City Records. I want it to be like Motown. Motown reflects Motor City. I chose Jungle City for New York. I reach out to musicians all the time because I’m hiring them all the time! And I always have my ear to the ground. I have a good foundation of artists and people I engineer for, and I’ve always been part of helping them in many facets of the industry. New plug-ins, new samples, a record label, producing—I want to do it all. I want this studio to be about inspiration. I want to help inspire greatness.